Bring together the best of the World Scholar’s Cup with one of the leading universities in the world, and you’ll discover our annual Tournament of Champions, hosted by the Yale International Relations Association at Yale University.

When Will It Take Place?

The 2022 Tournament of Champions is scheduled for November 11-16.

The Tournament of Champions is more than just another Global Round. You’ll have the chance to interact with and learn directly from Yale students and faculty. You’ll attend a special panel on college life and on how to leverage your World Scholar’s Cup experience as part of your admissions portfolio. You’ll eat Yale dining hall food. You’ll meet our keynote speakers, including a Yale University professor. And you’ll come away knowing what it’s like to be a student at one of the world’s greatest universities.

Due to venue restrictions, access to theaters and other venues will only be guaranteed, and likely restricted, to scholars and a limited number of registered adults per delegation. Only judges and participants will be allowed inside debate buildings.

You can also look forward to the Yale Ball, where you can dance (or not dance) with your fellow scholars from over fifty countries, a special Thanksgiving meal, and beautiful historic venues for the Scholar’s Bowl, Debate Showcase, and Scholar’s Show - the Shubert Theatre and Yale's own Woolsey Hall.

During a scavenger hunt that will take you to every corner of Yale’s campus and the surrounding community, you’ll encounter real alpacas, too, including our very own Painted Warrior—the official alpaca of the Tournament of Champions—and his faithful sidekick Trevor. Be careful: they don't just pwaa. They pua!

We’re incredibly grateful to our hosts at the Yale International Relations Association (and to our friend Denise at the Stone Bridge Alpaca Farm) for making possible this special culminating event of the World Scholar’s Cup season. 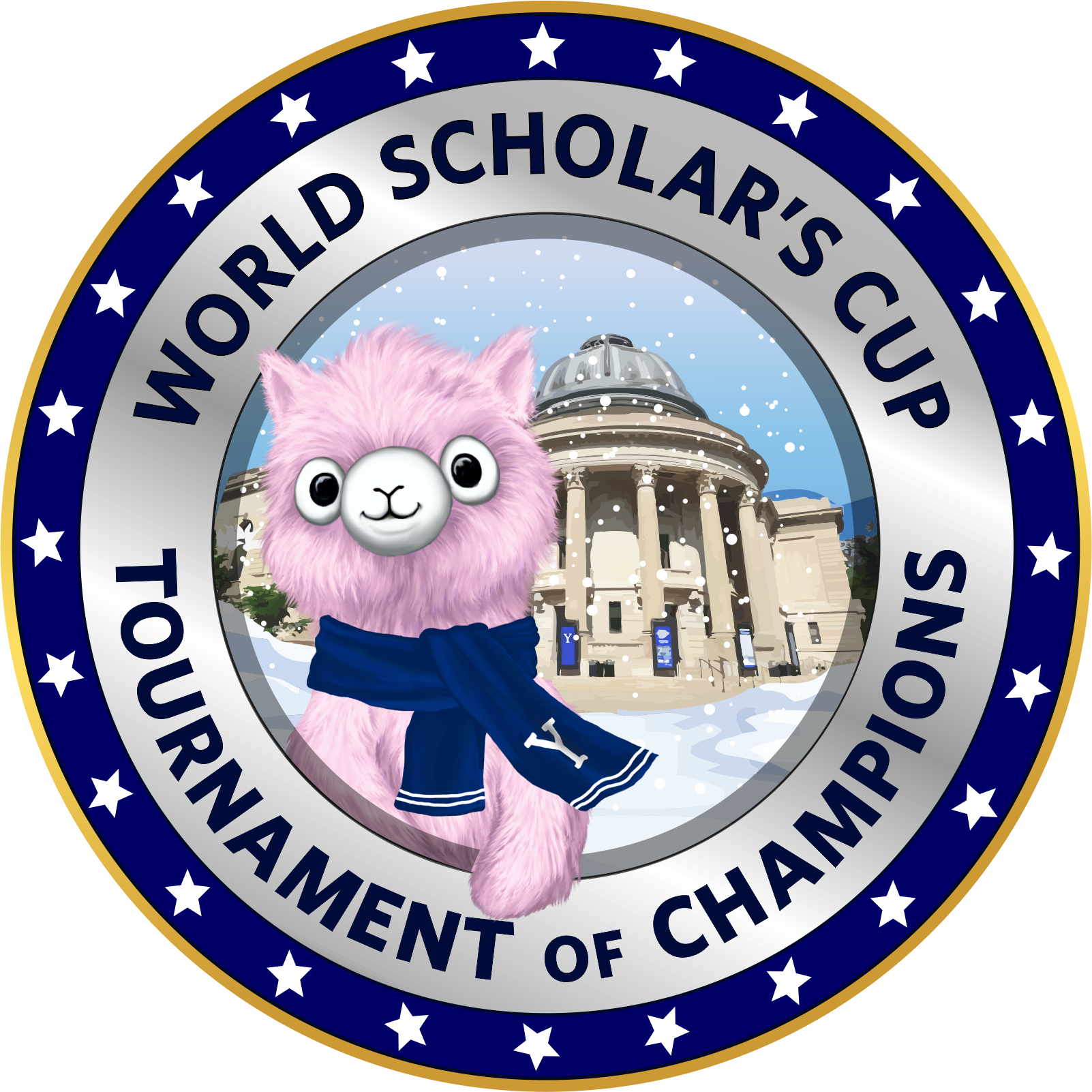